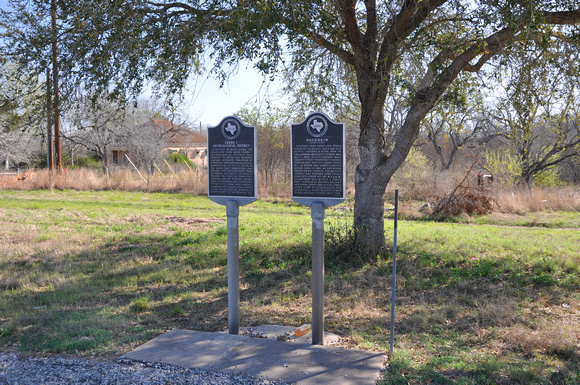 Text: Extending 45 miles along the Guadalupe River Basin, Cuero I Archeological District was created to define and preserve cultural resources threatened by a proposed reservoir. Archeological investigation in 1972-73 revealed 352 significant prehistoric and historic sites spanning 9,000 years of human occupancy. The remains include the camps of prehistoric nomads and of historic Indians such as Tonkawas and Comanches. Other sites mark early Anglo-American settlement, which began with the colonizing efforts of Green De Witt in the 1820s and '30s.
Andrew Butler Photos
Powered by ZENFOLIO User Agreement
Cancel
Continue