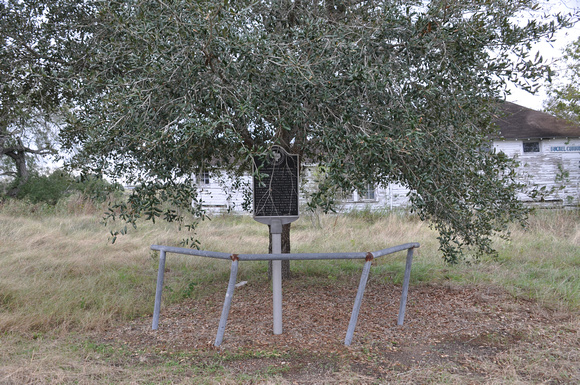 Text: Permanent settlers arrived in this area of Texas as early as 1839. A post office was established in 1842, two years after the first school opened near this site. In 1894, Cuero merchant and banker Otto Buchel (1849-1909) gave land at this site for a community school. The first schoolhouse constructed here was known as Oak View. When a new building was completed in 1921, it was named in honor of Buchel. Although the Buchel School closed in 1950, the 1921 schoolhouse remained in use as a community center.
Andrew Butler Photos
Powered by ZENFOLIO User Agreement
Cancel
Continue