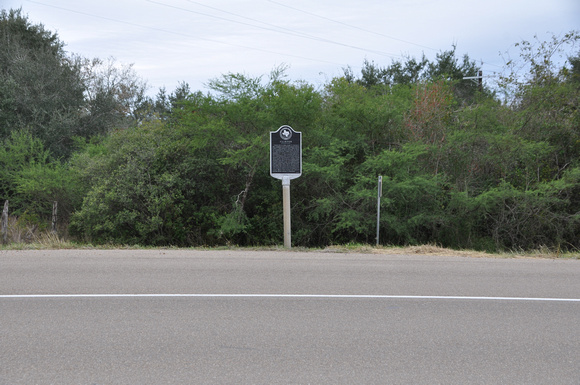 Text: Created in 1846, De Witt County was named for Empresario Green De Witt. The county seat, originally at Cameron, was moved in 1848 to the pioneer town of Clinton, named for De Witt's son. County government returned briefly to Cameron, but Clinton again served as the county seat from 1850 until 1876, when Cuero was named the seat of government. Courthouse here included a log cabin and two frame buildings. A cemetery and well remain at the site of Clinton, evidence of the once-thriving community that was the home of many prominent area pioneers.
Andrew Butler Photos
Powered by ZENFOLIO User Agreement
Cancel
Continue