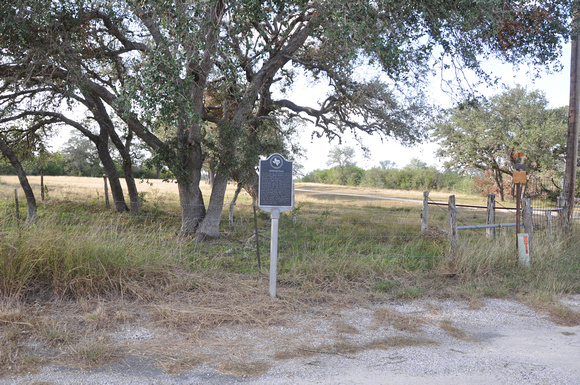 Text: A native of Germany, Adam Christopher Henry Arnecke settled in this area in the 1850s and opened the community's first general store. Originally known as Zionsville, the settlement later was named for Arnecke. By the end of the 19th century, Arneckeville had blacksmith shops, doctors' offices, a cotton gin, post office, school, and a church, Zion Lutheran, that was organized in 1865. Although the small German community began to decline when a farm-to-market road was built to Cuero (7 miles north), it has retained much of its pioneer heritage.
Andrew Butler Photos
Powered by ZENFOLIO User Agreement
Cancel
Continue