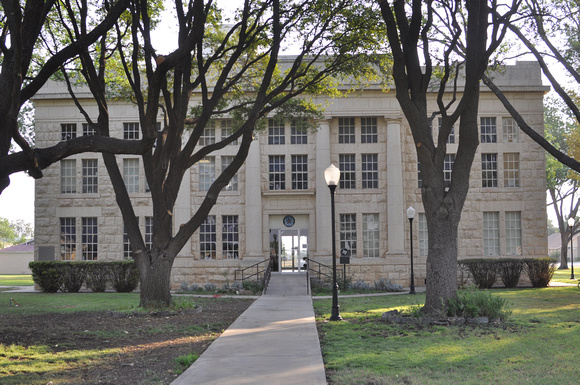 Text: Constructed in 1923-24, this courthouse replaced an earlier building on this site which burned in 1917. Designed by noted architect Henry T. Phelps of San Antonio, the 3-story Classical Revival structure features four half-round giant order Doric columns which support a large entablature. Native stone for the building was obtained from nearby quarries. The courthouse has been the site of numerous community events over the years.
Andrew Butler Photos
Powered by ZENFOLIO User Agreement
Cancel
Continue