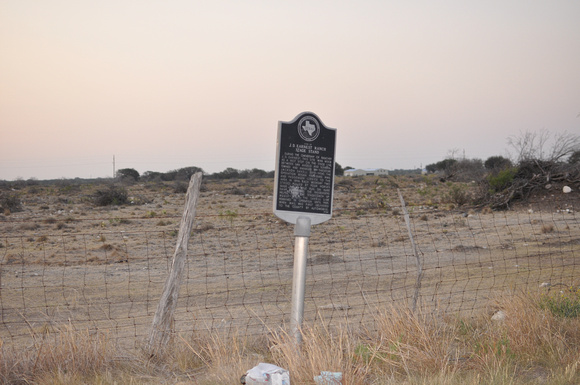 Text: During the ownership of rancher J. D. Earnest, this site was used as a rest stop on the stage line between San Angelo and Sonora. Owned and managed by Theodore Jackson Savell (1872-1954), the operation began providing mail and passenger service to the area in 1894. Each weekday two stages pulled by four horses made the 75-mile run. On rare rainy occasions the passengers helped push the stagecoach up muddy hills. The Savell line remained in operation until 1909, when mail was first delivered to the county by automobile.
Andrew Butler Photos
Powered by ZENFOLIO User Agreement
Cancel
Continue