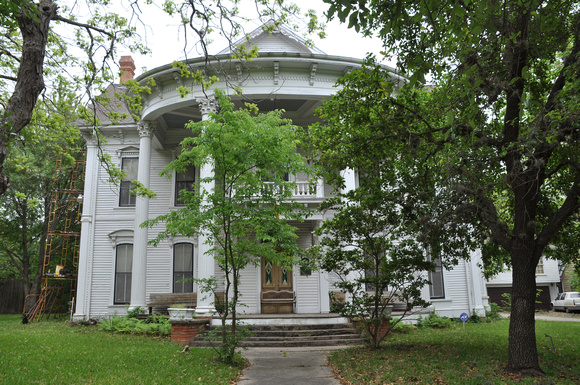 Navasota
Grimes County, Texas
30 23.426' N 96 05.074' W
Directions: Start at the intersection of Wood Street and Washington Avenue. The home is at the southwest corner of the intersection.

Text: A native of England, Joseph Brooks (1831-89) migrated to Texas with his wife Mary Ann (Farrer) (1833-1900) in 1853. After serving in the Civil War, Brooks moved to Navasota, where he survived an 1867 yellow fever epidemic and became a leading area lumberman. In the 1870s he had this home built for his family. Originally Victorian in design, it was modified with classical revival detailing in 1909-11 by the Brooks' daughter Mary Elizabeth Brooks Salyer.
Andrew Butler Photos
Powered by ZENFOLIO User Agreement
Cancel
Continue