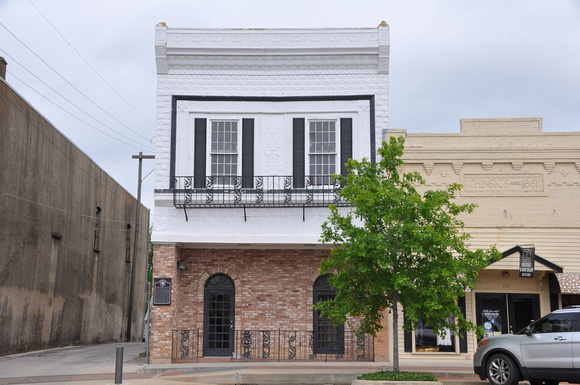 Navasota
Grimes County, Texas
30 23.255' N 96 05.372' W
Directions: Start at the intersection of Brule Drive and Washington Avenue. The building is on the northeast corner of the intersection.

Text: Eliza Johnson (d. 1876) had this building constructed in 1874 following a fire which destroyed several structures on the block. It was made of limestone rubble to comply with a city ordinance requiring all new construction to include fireproof materials. August Horst (d. 1920), a local investor, bought the property in 1877 and sold it two years later to his wife's brothers, E. P. and J. H. Mickelborough. Members of their families owned it until 1929. The building has housed a saloon, grocery, confectionery, ice cream parlor, and offices for attorneys and dentists.
Andrew Butler Photos
Powered by ZENFOLIO User Agreement
Cancel
Continue