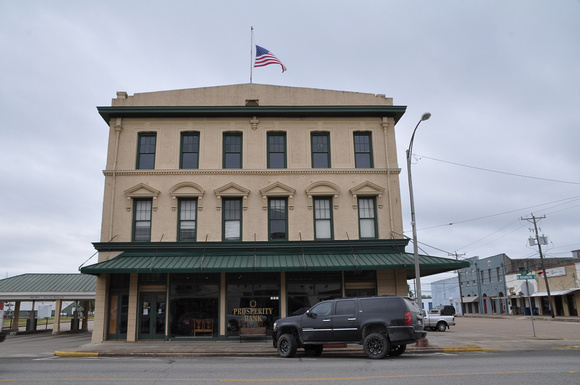 Navasota
Grimes County, Texas
30 23.224' N 96 05.419' W
Directions: Start at the intersection of 10th Street and Washington Avenue. The building is on the southeast corner of the intersection.

Text: Local architect, contractor and stonemason James Davern and his brother-in-law C. C. Camp built this commercial edifice in the 1880s. Constructed of cement-covered stone rubble, it was remodeled with Renaissance Revival detailing in the 1890s, during the ownership of the First National Bank of Navasota. Occupied by the bank until 1952, it has also housed a hotel, offices, a telephone company, and a variety of stores.
Andrew Butler Photos
Powered by ZENFOLIO User Agreement
Cancel
Continue