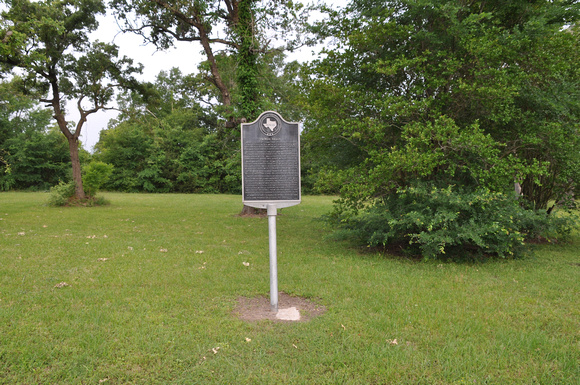 Text: A faithful Negro slave. Came to nearby Courtney, Grimes County in 1851 with his master, John W. S. West from North Carolina. West was a prominent and wealthy pioneer planter and landowner. At the outbreak of the Civil War, West sent Kelly "to take care" of his three sons-- Robert M., Richard and John Haywood-- who joined the famous Terry's Texas Rangers, where they served with distinction. Kelly was not content "to wait on" his charges but joined them in battle, firing his own musket and cap and ball pistol. Twice Kelly brought to Texas the wounded Richard, twice took him to the front again. After war, bought a small farm near "Marse Robert", raised a large family and prospered. Died in 1890s. The courage and loyalty of Kelly was typical of most Texas Negro slaves. Hundreds "went to war" with their masters. Many operated the farms and ranches of soldiers away at war, producing food, livestock, cotton and clothing for the Confederacy. Others, did outside work to support their master's families. They protected homes from Indians, bandits and deserters and did community guard and patrol duty. At war's end, most slaves, like Primus Kelly, became useful and productive citizens of Texas.
Andrew Butler Photos
Powered by ZENFOLIO User Agreement
Cancel
Continue