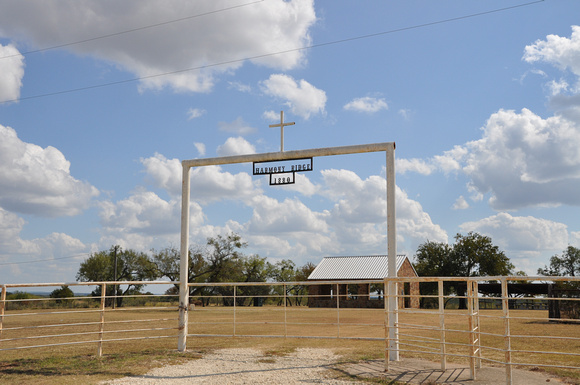 Historical Marker: Among first settlers were the following families of Andrew, Mark and Polk Oliver, Stephen M. Lewis, William Faver, Matt Senterfitt, Asa J. Howard. The only building (a two story framing housing the Cumberland Presbyterian Church and local school) was built by citizens in 1877. Andrew and Mark Oliver gave land for building and cemetery. Community got its name because people worked in harmony on construction. Second story was removed in 1911 and brick veneer was added in 1960. Cemetery group meets yearly although community is inactive. The original building burned in 2005. The present structure was built in 2007 on the footprint of the original building.
Andrew Butler Photos
Powered by ZENFOLIO User Agreement
Cancel
Continue