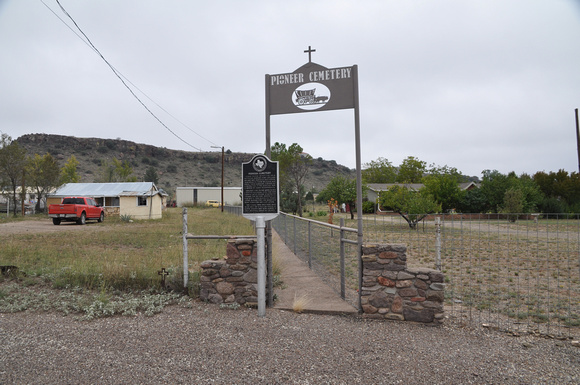 Historical Marker: Used from 1870s to 1914. Settlers buried here include: Mr. and Mrs. Diedrick Dutchover, immigrants from Belgium and Spain; their surname, coined by a recruiter in the Mexican War, is borne by many descendants. Dolores, who on her wedding eve lighted a signal fire for her fiance, later found scalped by Indians; she became mentally ill and (until her death 30 years later) burned fires on mountain near town for her lost lover. Two young Frier brothers, who were shot by a Ranger posse as horse thieves and were buried in only boothill grave in county.
Andrew Butler Photos
Powered by ZENFOLIO User Agreement
Cancel
Continue