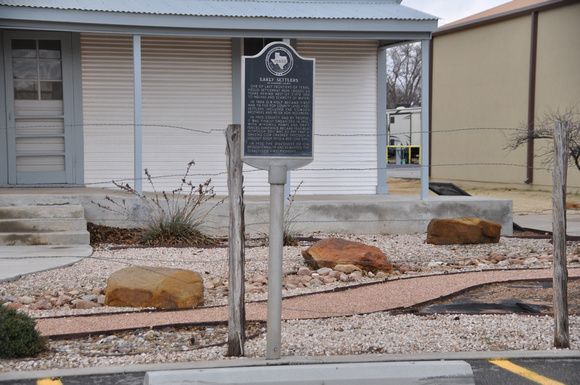 Andrews
Andrews County, Texas
32 18.838' N 102 32.725' W
Directions: Start at the intersection of 7th Street and Broadway Street. The marker is on the northeast corner of the intersection.

Text: One of last frontiers of Texas. Anglo settlement here lagged 60 years behind rest of state due to Indians and scarcity of water. In 1886 O. B. Holt became first man to file for county land. First settlers included the Cowden brothers and Peter Von Holebeke. In 1900 county had 87 people; it was finally organized in 1910. With windmill pumps and drift fences, ranching became feasible, although soil was so dry that a grazing cow crashed through a dugout roof into a bed one day. In 1930 the discovery of oil brought wealth and rewarded the tenacity of first pioneers.
Andrew Butler Photos
Powered by ZENFOLIO User Agreement
Cancel
Continue