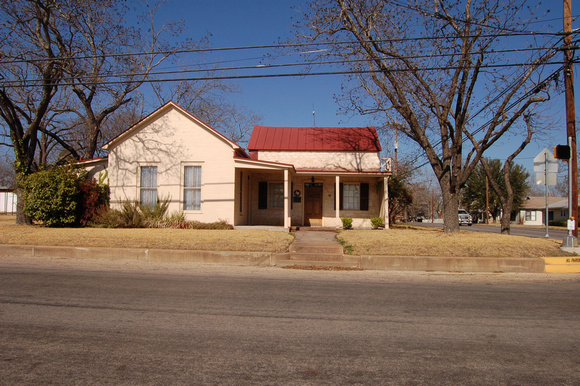 Text: Believed to be the first boy born among the German immigrants who settled Fredericksburg, Carl Henke (1848-1928) became a skilled stonemason. He built the original portion of this structure in 1874 for John Schmitt. the two-room native limestone house has a loft reached by an outside stairway. In the 1880s, Henke purchased the residence for his own use. A wing was added to the west side in 1911. The Henke family occupied this house until 1972.
Andrew Butler Photos
Powered by ZENFOLIO User Agreement
Cancel
Continue