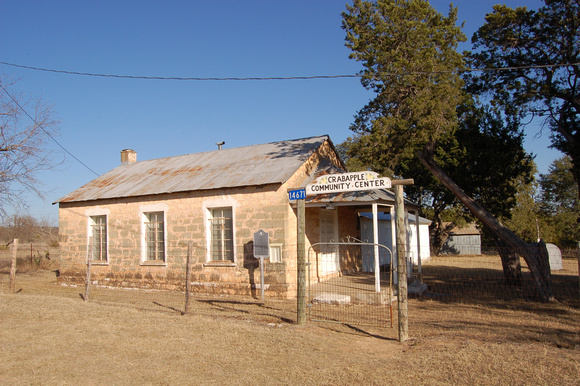 Text: German immigrants who came to Fredericksburg in the late 1840s and who later settled in this area erected a native limestone school which opened in 1878 with about 40 students. The land was donated by farmer Mathias Schmidt who according to local tradition earned the privilege by winning a foot race. Facilities added over the years include a teacherage and space for a post office, Lutheran church, and community band. Crabapple School merged with Fredericksburg's Independent School district in 1957 after which the community adapted the building for a variety of uses.
Andrew Butler Photos
Powered by ZENFOLIO User Agreement
Cancel
Continue