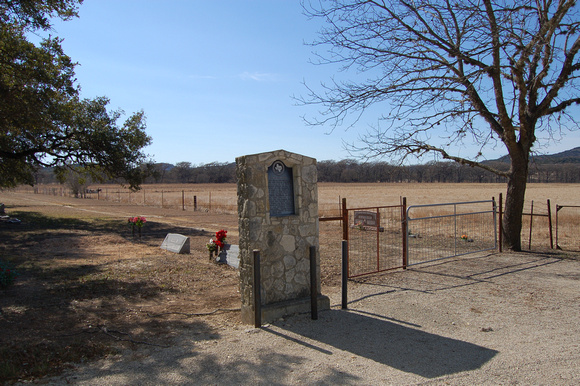 Text: In 1879, the Rev. Irvin Jones (1825-1903) deeded two acres of land on his homestead to the Utopia Methodist Church for use as a cemetery. His wife, Elizabeth, had been buried in the center of the two-acre site upon her death in 1886. Early settlers of the Taylor and Utopia communities are buried in the Jones Cemetery, as are several Civil War veterans. Others interred here include Mexican War veteran and Texas Ranger Ben Highsmith and the Rev. O.A. Fisher, an early area Methodist minister. George Barker, a teacher credited with giving "Utopia" its name, is also buried here.
Andrew Butler Photos
Powered by ZENFOLIO User Agreement
Cancel
Continue