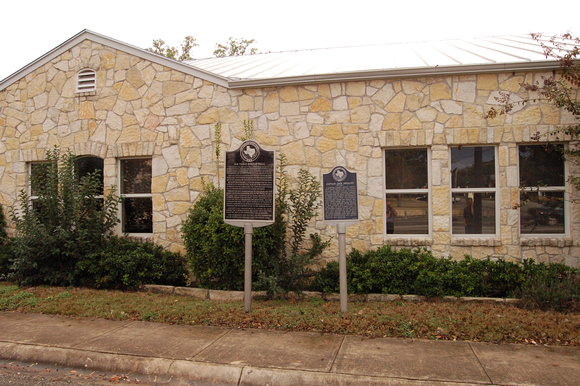 Text: A Bandera County Deputy Sheriff, Capt. Jack Phillips, set out alone on Dec. 29, 1876, on an official visit to Sabinal Canyon. Indians attacked him at Seco Canyon Pass, 22 miles southwest of Bandera. Phillips raced for the nearest settlement. When his horse was shot from under him, he ran for half a mile before being killed. A mail carrier and a couple on their way to the county seat to be married found his body later that day. Ironically, the Indians had been trailed for many miles by Texas Rangers who had turned back in exhaustion just before Phillips was waylaid.
Andrew Butler Photos
Powered by ZENFOLIO User Agreement
Cancel
Continue