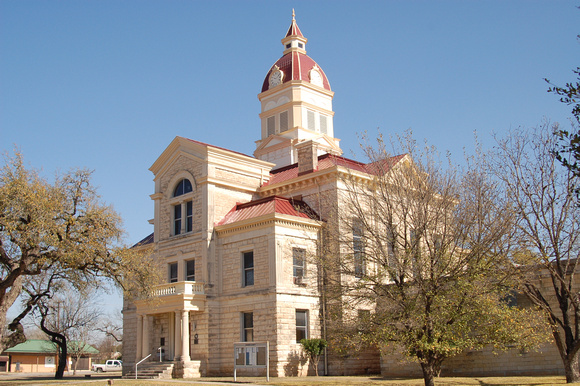 Text: First permanent courthouse for county, which was organized in 1856, but used makeshift quarters for offices and courtrooms until this building was erected 1890-91. Style is local version of the Second Renaissance Revival. White limestone for the structure was quarried locally. B.F. Trester of San Antonio drew the plans--for $5. Contractors: Ed Braden & Sons. Interior was remodeled and a wing added in 1966.
Andrew Butler Photos
Powered by ZENFOLIO User Agreement
Cancel
Continue