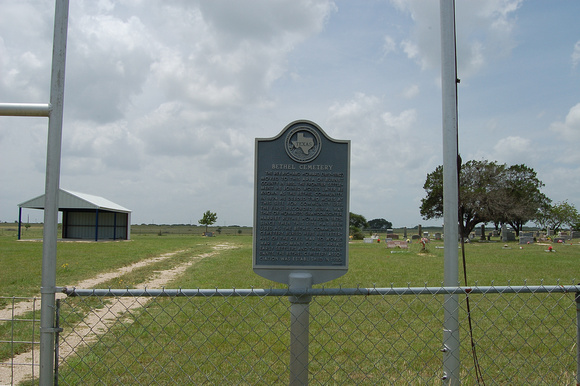 Text: The Rev. Richard Howard (1817-1882) moved to this area of Burnet County in 1855. The frontier settlement he joined would later be known as the Bethel community. In 1874 he deeded two acres at this site for community use. The first recorded burial was that of Howard's granddaughter, Harriet Ruthie Howard, in 1875. Since then this site has been used as the Bethel Community Cemetery. Buried here are veterans of the Civil War to World War II and many of this area's early settlers and their descendants. The Bethel Cemetery Association was established in 1930.
Andrew Butler Photos
Powered by ZENFOLIO User Agreement
Cancel
Continue