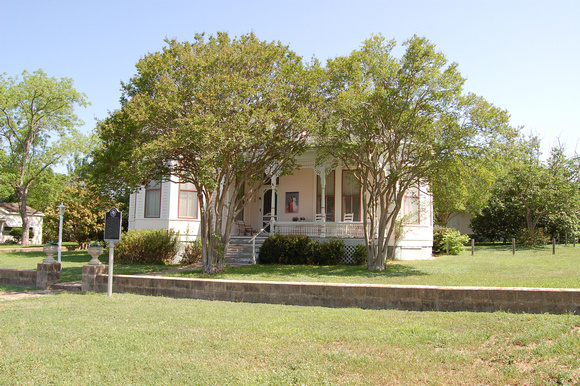 Text: Juliet Johnson, daughter of the founder of Marble Falls, married George Christian in 1887. He was one of ten owners of the Texas Mining & Improvement Company that developed the town. The first town lots were sold in 1887, and in 1892 this house was built for the Christians. Ivo B. and Mina Matern bought the house in 1908 and owned it for 51 years. Ivo Matern, a merchant and rancher, also served as mayor of Marble Falls in 1937. A fine late Victorian-era house, it exhibits Queen Anne style influences including decorative woodwork and protruding bay windows.
Andrew Butler Photos
Powered by ZENFOLIO User Agreement
Cancel
Continue