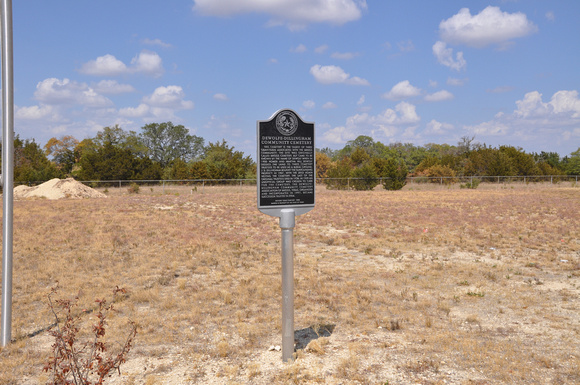 Text: The cemetery is the oldest of three cemeteries associated with the Briggs Community. The site was originally called Briggs Cemetery, but came to be known by the name of DeWolfe when in 1900 Homer and Martha Hill DeWolf deeded the land to three cemetery trustees to be used as a burial ground. J.S. Dillingham bought the surrounding property in 1907, with the deed again noting the cemetery. The last of the original trustees died in 1938. In 1959 an unofficial group was chosen to care for the cemetery. The DeWolfe-Dillingham Community Cemetery Associaton of Briggs, Texas, organized and incorporated in 1977, because successor trustee in 2004.
Andrew Butler Photos
Powered by ZENFOLIO User Agreement
Cancel
Continue