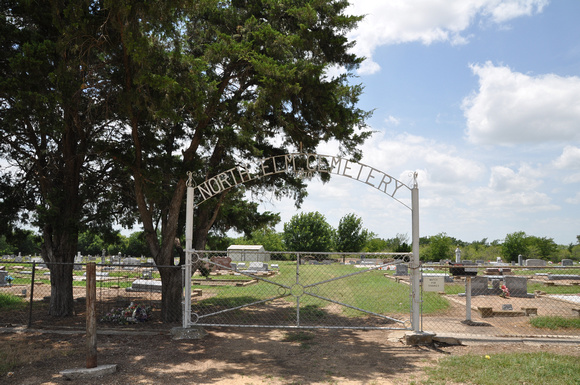 Historical Marker: Many of the settlers of North Elm came from Alabama beginning in 1867, including John George Lagrone (1792-1870), whose dated gravestone is the oldest in this burial ground. Land for the cemetery was initially deeded by B.J. Arnold in 1883, followed by additional land donations by W.J. Valentine in 1886 and J.C. Mayfield in 1912. A chronicle of the early pioneers and generations of families in this area of Milam County, the cemetery includes graves of fourteen Confederate soldiers and two Texas Rangers -- Brothers Ellzey and James Perkins. A cemetery association formed in 1958 oversees the care of the site.
Andrew Butler Photos
Powered by ZENFOLIO User Agreement
Cancel
Continue