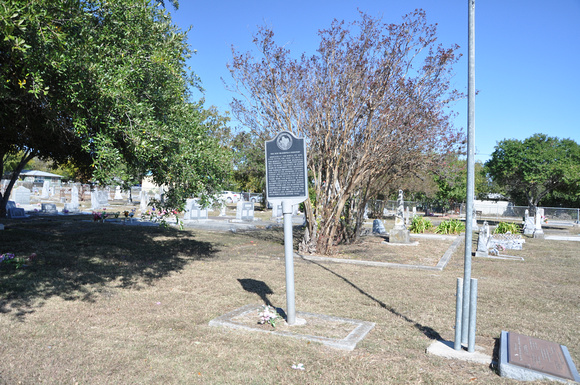 Historical Marker: Dedicated at the burial of Mrs. Elise Peter, on June 23, 1845, a few months after New Braunfels was founded. This cemetery gave rest to many colonists in early years of hardship that besieged the German Emigration Company. Gerlach Peter, husband of the first tenant, was buried in July as one other of the 20 fatalities of 1845. There were 348 burials in 1846. A ferry operator, Johann Justus Kellner (1821-51), has the oldest stone. There are 753 marked and hundreds of unmarked graves. The last vacant lot was sold in 1945. No burials are allowed except in lots purchased before 1946.
Andrew Butler Photos
Powered by ZENFOLIO User Agreement
Cancel
Continue