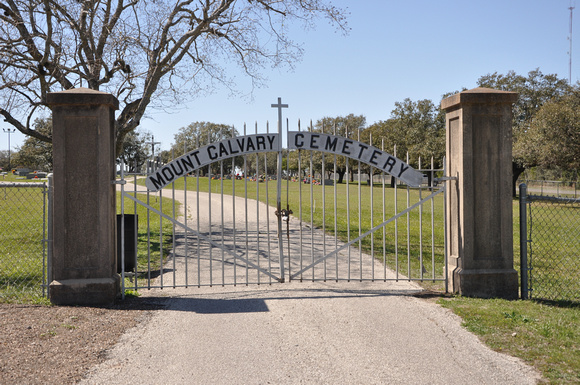 Historical Marker: Initiated by the burial of 16 soldiers massacred during the Texas revolution of 1836. The bones of Capt. Amon King and his men--scattered on the Prairie--were buried by Refugio citizens. Later forgotten, the site was rediscovered in 1934. Grave of J. Hampton Kuykendall (1820?-1882), revolutionary soldier, journalist, congressman, and scholar, lies near north fence. Also interred here are Irish settlers of the 1830s Powerheweson colony. Among them is Empresario James Power, who also signed Texas declaration of Independence.
Andrew Butler Photos
Powered by ZENFOLIO User Agreement
Cancel
Continue