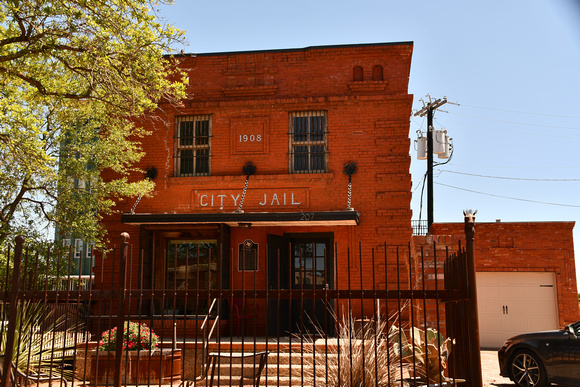 Historical Marker: The city's first brick jail, this structure was erected in 1908 adjacent to the city hall on a lot purchased from Rebecca A. Croft, widow of Judge William Croft. On the lower floor were cells and on the top floor the police chief's office, occupied by Will S. Knight, Corsicana's first police chief, 1906-36. His office was moved to the new city hall in 1924 and two more cells added. The facilities were heated by gas in the winter and at times were crowded with as many as 80 prisoners. This building housed the city jail until 1974.