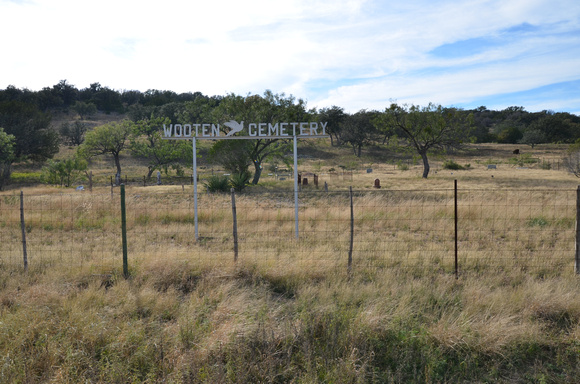 Historical Marker: Typical of burial sites chosen by early Texas Hill Country pioneers, Wooten Cemetery was established by April 1880 when one-year-old Cornelius Clay Jackson was buried. His headstone is the earliest grave marker in the cemetery. His mother, P. Jane Jackson, died in 1881 and is interred nearby. Other notable graves include a family group believed to be tuberculosis victims. The plot of the Allsup family is also prominent, as is the grave of Civil War veteran Simon Lee Wooten (1830-1896), for whom the cemetery is named, who came to Texas from Georgia upon the death of the Old South.
Andrew Butler Photos
Powered by ZENFOLIO User Agreement
Cancel
Continue