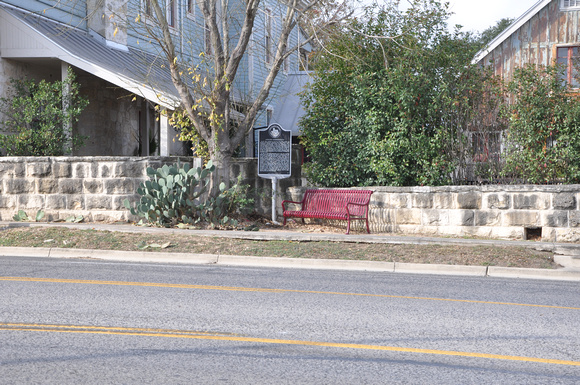 Text: In the 1880s, elements of the old west were fading and became romanticized through wild west shows. These promotions created opportunities for those with skills, including sharp-shooters. Adolph (Ad) Toepperwein was born in Boerne on October 16, 1869 to Johanna (Bergmann) and Emil Albrecht Ferdinand Toepperwein, who immigrated to Texas from Prussia in 1850. Ad's father was a gunsmith who built and designed guns and, because of this, Ad became proficient with firearms at a young age. By the age of ten, he could outshoot many veteran marksmen. After his father's death, Ad moved to San Antonio to perfect his shooting skills. In 1889, he quit his cartoonist job at the San Antonio Express and went to New York seeking a vaudeville job. For two years, he shared the stage with many vaudeville acts. He then joined the Orin Brothers Circus, with which he toured for eight years. In 1901, the Winchester Repeating Firearms Company signed him to a long-term contract as an exhibition shooter. On a visit to the Winchester plant in Connecticut in 1902, ad met a cartridge assembler named Elizabeth Servaty. After a short courtship, they were married. Ad taught her how to shoot and they began touring as a husband and wife shooting team known as the Wonderful Toepperweins. they traveled for over forty years until Elizabeth died in 1945. Ad retired in 1951 and died on March 4, 1962. Ad was a long-time member of the Boerne Schuetzen Verein, was inducted into the Texas Sports Hall of Fame in 1966, made Ripley's Believe It or Not and the Guinness Book of World Records. One of Boerne's most famous sons is remembered and respected for his many shooting records over the years.
Andrew Butler Photos
Powered by ZENFOLIO User Agreement
Cancel
Continue