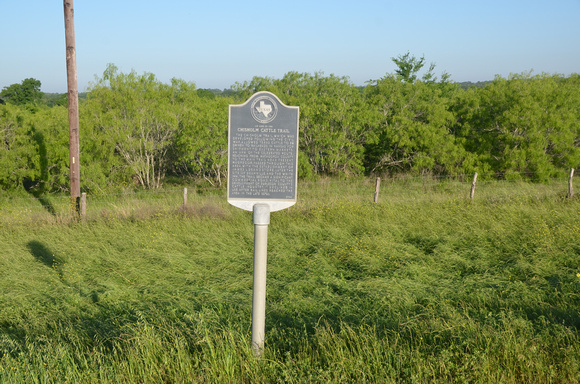 An Arm of The Chisholm Cattle Trail

Text: The Chisholm Trail, which was developed following the Civil War, allowed Texas cattle to be driven to railheads in Kansas for shipment to eastern markets. An arm of the celebrated route, reaching from Matagorda County to the main trail near present McGregor, passed through this area. With the establishment of James L. Dean's store, later the site of Deanville, and the White Inn, the trail became a significant commercial road. Vital to the development of Burleson County's cattle industry, it declined in use after rail lines reached the area in the late 1870s.
Andrew Butler Photos
Powered by ZENFOLIO User Agreement
Cancel
Continue