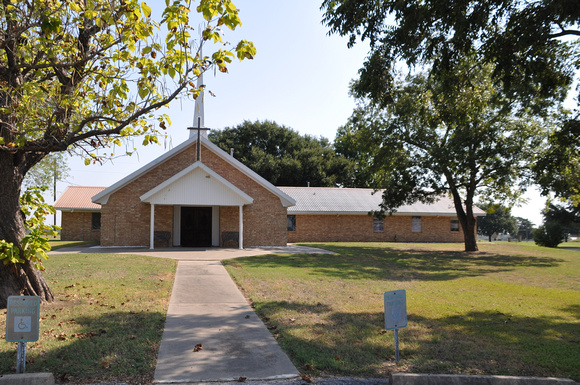 Text: This congregation began in 1881 to serve the German speaking population in the area. Organized largely through the efforts of Anna Duewall, who had come to Burleson County with her family in 1880, the fellowship originally was known as the German Methodist Church, Caldwell. The Rev. Jacob Ott served as first pastor. Worship services were held in the members' homes until a sanctuary was built in 1883. The congregation adopted the name Cooks Point in the 1940s and continues to play an important role in the surrounding rural area.
Andrew Butler Photos
Powered by ZENFOLIO User Agreement
Cancel
Continue