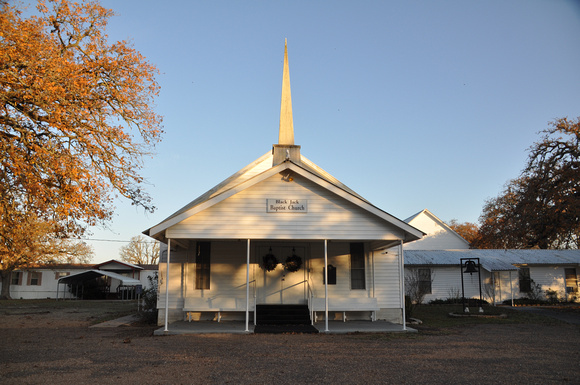 Text: The founding of this congregation was sponsored by the neighboring Liberty Baptist Church. Organized in May 1885 with 17 charter members, the church called James G. Cooper to serve as its first pastor. The community schoolhouse served as a meeting place until 1894, when a sanctuary was constructed at this site. Black Jack Baptist Church began a Sunday School program in 1909. Although the membership disbanded during the World War II years and again in the late 1960s it is an important part of the religious heritage of Burleson County.
Andrew Butler Photos
Powered by ZENFOLIO User Agreement
Cancel
Continue