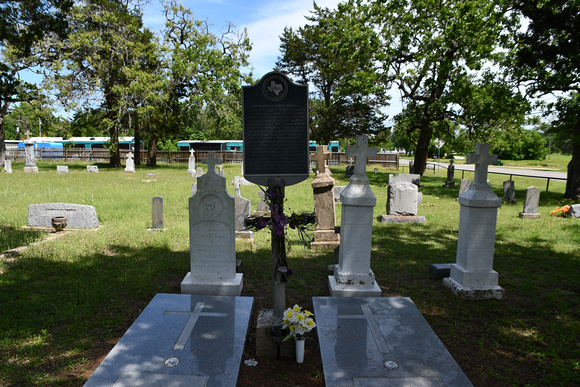 Text: Born in Poland, Joseph (1840-1919) and Catherine (1841-1907) Bartula overcame many hardships after migrating to Texas in 1873. They became the first Polish settlers in Robertson County in 1875. Assisted by J. C. and Mary Roberts, on whose farm he worked, Bartula wrote letters urging other Polish immigrants to join him. Soon 50 families arrived from Poland and 60 moved here from the Marlin area. By 1885, the town of Bremond had the largest Polish settlement in Texas, 345 families. Bartula later bought his own farm and became a leader in community and church affairs. The Bartulas had ten children.