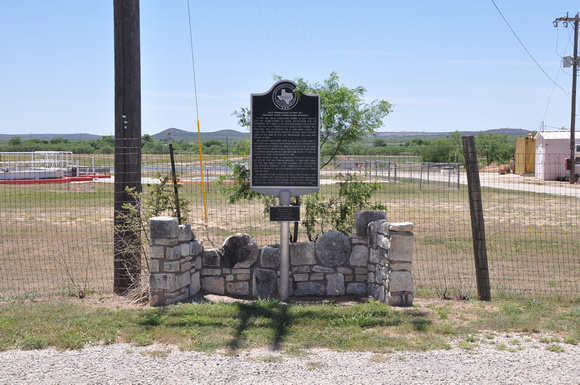 Text: In 1911 the Texas Legislature passed a law calling for the establishment of state institutions for the treatment of tuberculosis. Founded across the highway in 1912, the Anti-Tuberculosis Colony No. 1 opened with facilities for 57 patients on a 330-acre tract of land. The Tuberculosis Nursing School was founded here in 1915, and by 1961 had graduated 500 male and female nurses. The colony developed into a self-sustaining community with an average population of 2,000. Housed in 36 buildings on 992 acres of land, the institution included a post office, library, public school, power plant, dairy, vegetable garden, bakery and butcher shops. It was renamed the State Sanatorium in 1919. Most patients were in residence for nine months. At its height the Sanatorium proved a treatment capacity for 950 adults and 250 children. The institution was renamed McKnight State Tuberculosis Hospital in 1955 in honor of Dr. J. B. McKnight, superintendent from 1914 to 1950. The advent of anti-tubercular drugs and thoracic surgery altered the treatment of tuberculosis and eventually the institution closed in 1971. Fifty thousand adults and 5,000 children received treatment here.
Andrew Butler Photos
Powered by ZENFOLIO User Agreement
Cancel
Continue