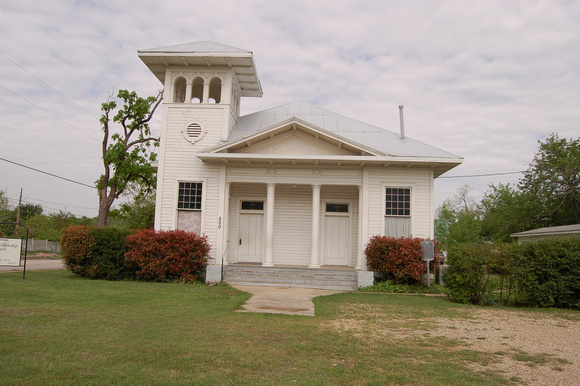 Organized in 1893, the Buda Christian Church met in the Methodist church building until a church was built on this site in 1903. After it was destroyed in a 1909 storm, this structure was built in 1912. Membership began to decline in the 1940s, and the congregation eventually disbanded. the building was used by various civic groups, and in 1981 housed a non-denominational church. The one-story frame structure features elements of the Italianate and classical revival styles, with a central, inset, pedimented entry; an offset tower; and pyramidal roof.
Andrew Butler Photos
Powered by ZENFOLIO User Agreement
Cancel
Continue