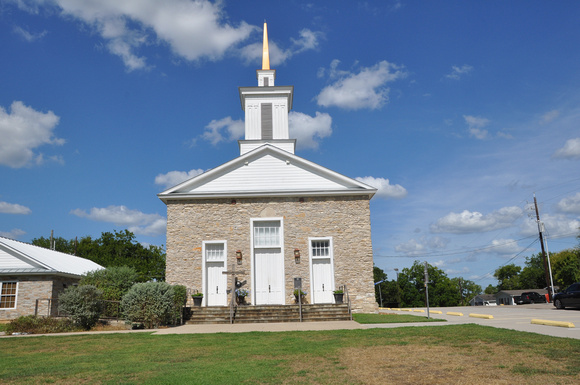 Anderson
Grimes County, Texas
30 29.109' N 95 59.084' W
Directions: Start at the intersection of Johnson Street and Fanthorp Street. The church is on the southwest corner of the intersection.