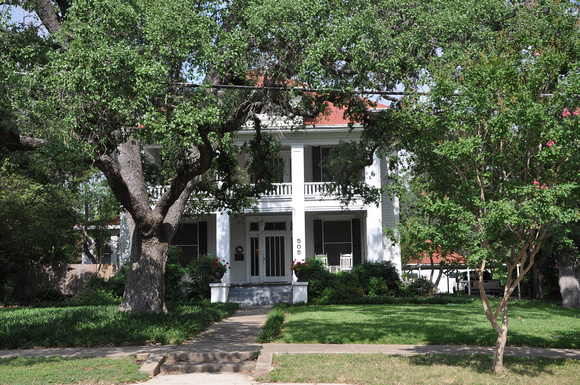 Text: John Madison Cardwell (1838-1917) moved to Caldwell county at the age of eighteen. After serving in the Civil War, he returned to Lockhart and opened a mercantile store on the Courthouse Square. He had this home built in 1917, but died before its completion. His wife Martha (Withers) lived here until her death in 1944. An example of the classical revival style, the frame residence has a two-story gallery and eleven-foot ceilings.
Andrew Butler Photos
Powered by ZENFOLIO User Agreement
Cancel
Continue