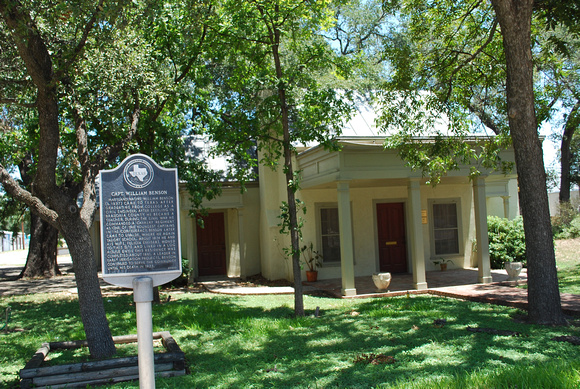 Text: Maryland native William Benson (b. 1837) came to Texas after graduating from college as a civil engineer. After settling in Brazoria County he became a teacher. During the Civil War he commanded a cavalry regiment as one of the youngest captains in the Confederacy. Benson later came to Uvalde, where he again taught school. About 1874 he and his wife, Felicia (Yeiser), moved to this site and lived in a log house until this residence was completed about 1881. A leader in early irrigation projects, Benson continued to serve the community until his death in 1922.
Andrew Butler Photos
Powered by ZENFOLIO User Agreement
Cancel
Continue