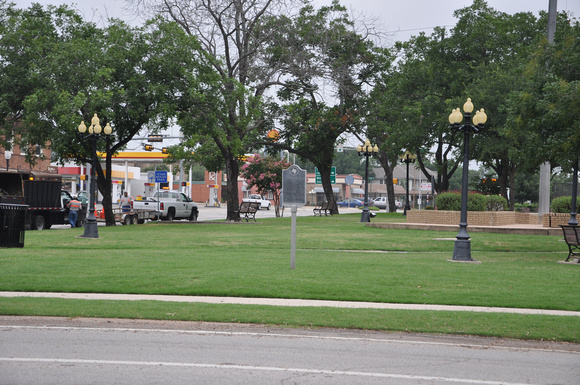 Text: (ca. December 1870-March 25, 1932) The son of a former slave, Willie M. (Bill) Pickett grew up in Taylor. Working as a cowboy in central Texas, he pioneered the art of "bulldogging," in which a cowboy jumps from his horse to twist a steer's horns to force it to the ground. One of the few black cowboys on the rodeo circuit, Pickett became a sensation, performing in the U.S., Mexico, Canada, and Europe. He retired in Oklahoma in 1930 and died two years later from injuries sustained in a riding accident. In 1971 he became the first African American cowboy inducted into the National Cowboy Hall of Fame.
Andrew Butler Photos
Powered by ZENFOLIO User Agreement
Cancel
Continue