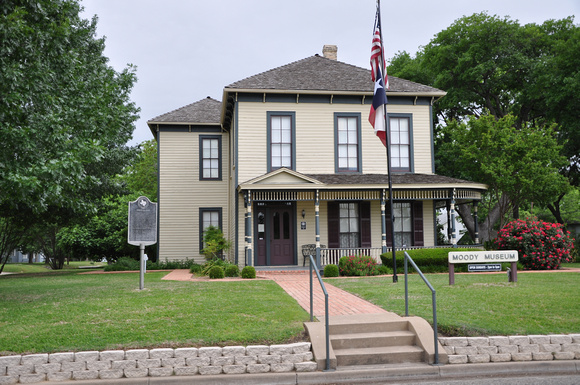 Text: A crusader for integrity in public office. Born in Taylor, Williamson County; son of Daniel and Nancy Elizabeth Robertson Moody. At 16 entered University of Texas, where he completed law school. After World War I service, won election to the office of county attorney, then an appointment by Governor Pat Neff to District Attorney, Travis and Williamson counties. Won statewide notice for prosecutions of Ku Klux Klansmen in notorious flogging cases, and was urged by friends to run for Attorney General of Texas. He won this office, and served 1925-1927 in an era of alleged corruption. Moving to halt kickbacks on highway contracts, he recovered for Texas hundreds of thousands of dollars. In 1926 ran for governor on his record as Attorney General, and was elected. Inaugurated when he was 33, he was youngest man ever to take oath for that office. During his terms, 1927-1931, Texans' faith in their state government was restored. Great reforms were made in the State Highway Department and state penitentiary system. After retirement from the governor's office, he practiced law, and was appointed by the President of the United States to prosecute tax evader. He married Mildred Paxton; they had two children.
Andrew Butler Photos
Powered by ZENFOLIO User Agreement
Cancel
Continue