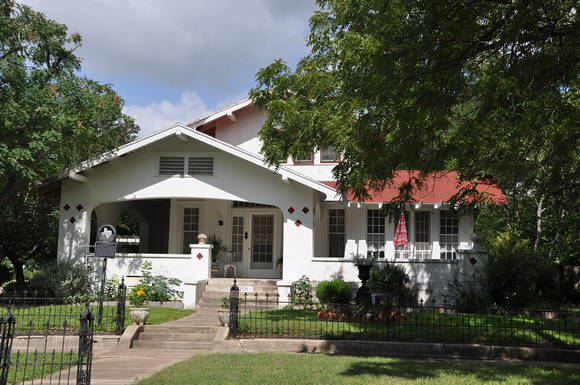 
Text: Designed by architect William Flick, this house was built between 1921 and 1923 for Arnold Adolph (A. A.) Spacek and his wife Mary Julia (Cervenka). A. A. Spacek (1896-1952) was a locally prominent grocer, banker and merchant who also served as postmaster and mayor of Granger. He was closely associated with Governor Dan Moody and a friend of future President Lyndon B. Johnson, who gave him the nickname "Double A." The house is a modest bungalow with typical craftsman and prairie school characteristics, such as the low pitched gable roof and widely overhanging eaves.
Andrew Butler Photos
Powered by ZENFOLIO User Agreement
Cancel
Continue