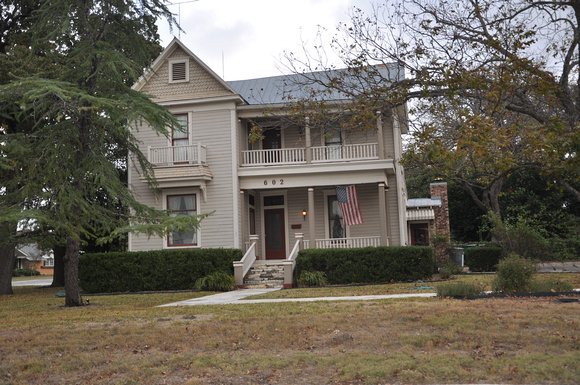 Text: This house was built in 1908-09 for the family of Swedish immigrant Anders Johan Anderson (1858-1929) just after the death of his first wife, Edla Maria (1859-1906). After its completion, Anderson and his two daughters moved into the house from their farm two miles south of Round Rock. In 1912, Anderson married Carolina Lindquist, and the house remained in the Anderson family until 1963. The Folk Victorian structure, with details including fishscale shingles and classical columns, reflects Round Rock's prosperity and status as a mercantile center for Swedes in the early 20th century.
Andrew Butler Photos
Powered by ZENFOLIO User Agreement
Cancel
Continue