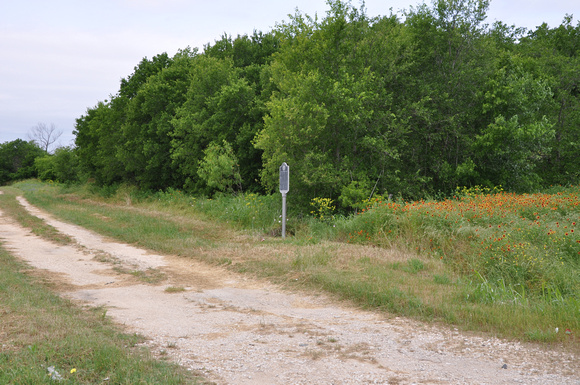 Text: A skirmish between Comanche raiders and a local militia near here in mid-winter (1839) led to the last major battle between Anglo settlers and Indians in Williamson County. The Comanche retaliated on February 18, 1839, by attacking several area homes, including those of Mrs. Robert Coleman and Dr. J. W. Robertson. Mrs. Coleman and her son, Albert, were killed. Another son, Tommy, and seven of Robertson's slaves were taken captive. The ensuing battle along nearby Brushy Creek claimed the lives of Jacob Burleson, Edward Blakely, the Rev. James Gilleland, and John B. Walters.
Andrew Butler Photos
Powered by ZENFOLIO User Agreement
Cancel
Continue