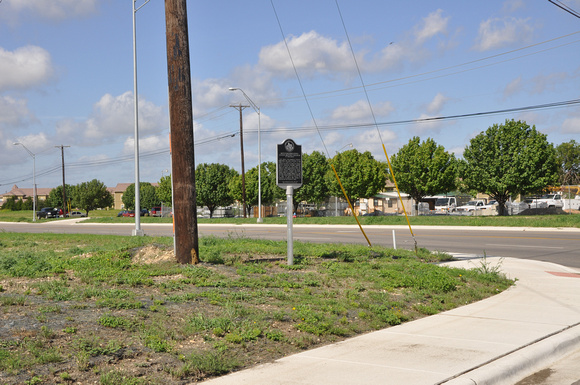 Text: (0.1 mile east) This early Williamson County graveyard has been referred to as Smalley Cemetery due to its connection with the family of pioneer Baptist preacher Freeman Smalley. Early settlers of this area, the Smalleys were associated with the nearby Anti-Slaveholding Union Baptist Church. Though the oldest grave marker is dated 1853, it is believed that Freeman Smalley, Jr., was the first person buried in the cemetery in 1849. The land on which the cemetery is located was deeded to trustees of the church in 1854.
Andrew Butler Photos
Powered by ZENFOLIO User Agreement
Cancel
Continue