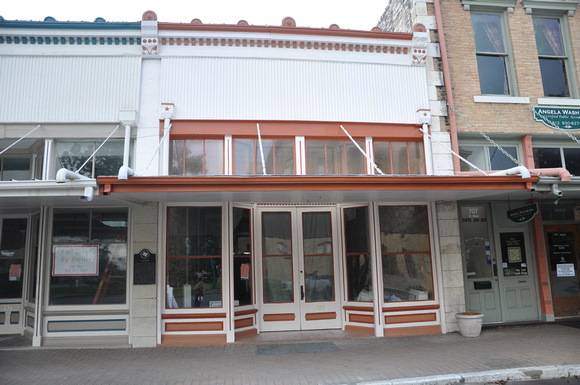 Text: (1827-1915) Christian Augustus Daniel Clamp was born in Thorn, Prussia (now Torun, Poland). He came to Texas in 1846 and moved to Georgetown in 1851, a year after his marriage to Asenath C. Davis (d. 1917). A skilled carpenter and cabinetmaker, Clamp became one of the city's earliest builders and developers. His work included residences as well as commercial, religious, and governmental buildings. He also owned a furniture business in this block for many years. An active Presbyterian and civic leader, Clamp served as mayor of the city from 1878 to 1880. He is buried in the I.O.O.F. Cemetery.
Andrew Butler Photos
Powered by ZENFOLIO User Agreement
Cancel
Continue