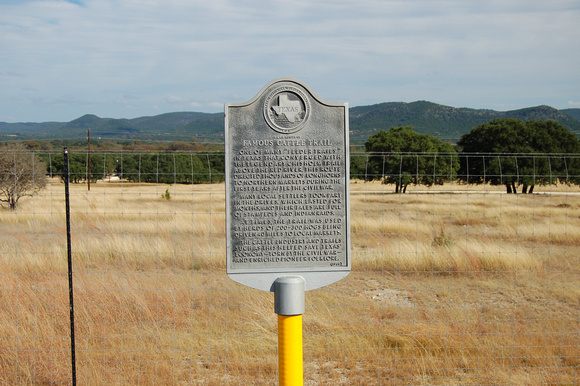 Near Route of Famous Cattle Trail

Text: One of many "feeder trails" in Texas that converged with the legendary Chisholm Trail above the Red River, this route directed thousands of longhorns to northern markets during the first year after the Civil War. Many local settlers took part in the drives, which lasted for months, and their tales are full of stampedes and Indian raids. At times, the trail was used by herds of 200-300 hogs being driven 40 miles to local markets. The cattle industry and trails such as this helped save Texas' economy -- torn by the Civil War -- and enriched pioneer folklore.
Andrew Butler Photos
Powered by ZENFOLIO User Agreement
Cancel
Continue