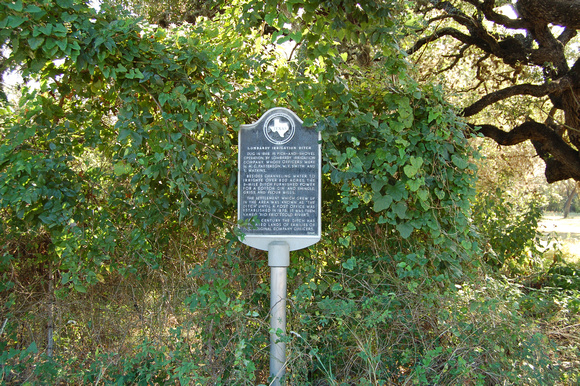 Text: Dug in 1868, in pick-and-shovel operation, by Lombardy Irrigation Company, whose officers were N. M. C. Patterson, W. F. Smith, and T. Watkins. Besides channeling water to irrigate over 800 acres, the 2-mile ditch furnished power for a cotton gin, and shingle, grist, and flour mills. The settlement which grew up in the area was known as "The Ditch" until a post office was established in 1875. It was then named "Rio Frio" ("Cold River"). For a century the ditch has irrigated lands of families of two original company officers.
Andrew Butler Photos
Powered by ZENFOLIO User Agreement
Cancel
Continue