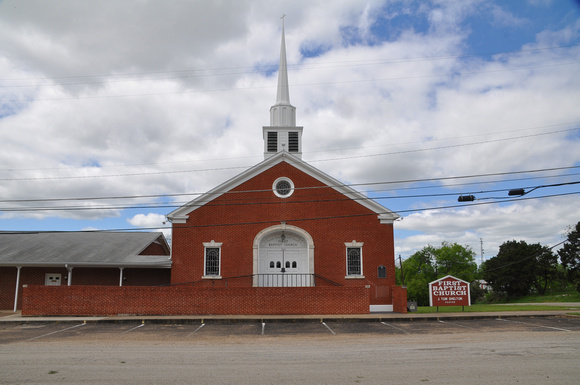 Moody
McLennan County, Texas
31 18.679' N 97 21.681' W
Directions: Start at the intersection of 1st Street and Avenue E. The church is on the southwest corner of the intersection.

Text: The First Baptist Church of Moody was organized in 1855 in the commuity of Perry (2 mi. N), with Elder S.G. O'Bryan serving as first pastor. Another early minister, the Rev. John McClain, had been present at the church's organization and served the congregation for many years. In 1883, two years after the Santa Fe Railroad bypassed the town of Perry, the Baptist church moved to this site in the new railroad town of Moody. The church has ordained several pastors from its membership and has contributed much to the heritage of the surrounding area.
Andrew Butler Photos
Powered by ZENFOLIO User Agreement
Cancel
Continue