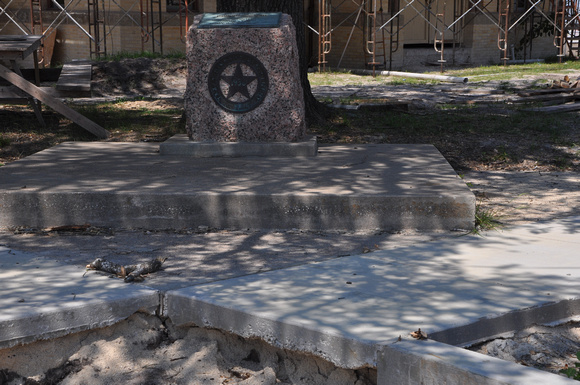 Karnes City
Karnes County, Texas
28 53.096' N 97 54.080' W
Directions: Start at the intersection of Calvert Avenue and Panna Maria Avenue. The marker is on the northwest corner of the intersection.