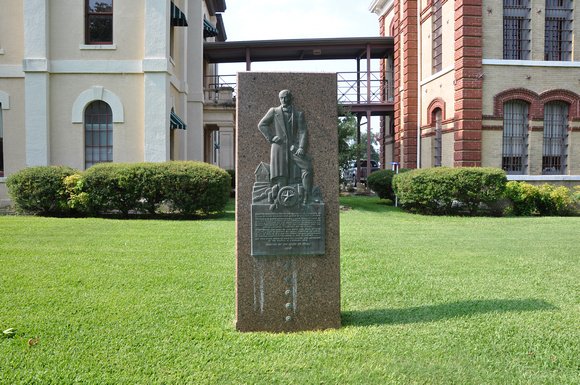 Text: Erected in recognition of the distinguished service to Texas of Felipe Enrique Neri, Baron de Bastrop, 1770-1829. Pioneer Red River empresario, land commissioner of Austin's colony, member of the Congress of Coahuila and Texas. Through his aid, Moses Austin secured from the Spanish government in 1821, the first contract for the Anglo-American colonization of Texas. In his honor, the name of this town and that of this county, a part of Austin's 1821 grant, known as the municipality of Mina in 1834 and the County of Mina after March 17, 1836, was changed on December 18, 1837 to Bastrop. Let this name bring to mind the friend and advocate of the pioneer in a foreign land.
Andrew Butler Photos
Powered by ZENFOLIO User Agreement
Cancel
Continue