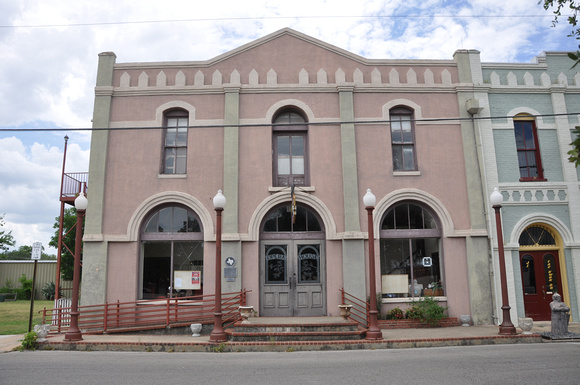 Text: The Bastrop Opera House was constructed in 1889 by D. S. Green and P. O. Elzner. Elzner, a prominent local merchant, became sole owner in 1901. Over the years, it has been the scene of a variety of entertainment shows. Traveling opera and drama companies, musicians, and other artists have performed here. The Bastrop Opera House, which features a three-part facade with bays separated by pilasters, also has been the setting for graduation exercises and school proms.
Andrew Butler Photos
Powered by ZENFOLIO User Agreement
Cancel
Continue