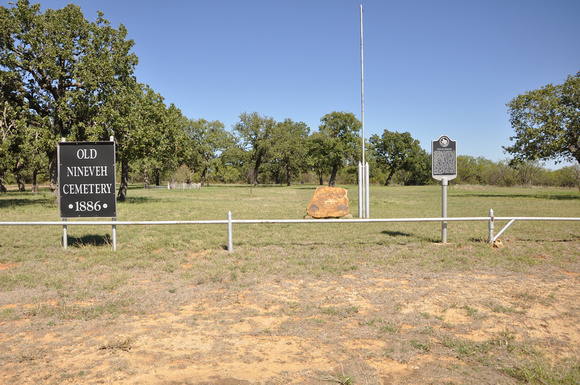 Historical Marker: Settlement in the community that became known as Nineveh began as some southerners moved west after the close of the Civil War. In 1886, Hezekiah Bellamy gave two acres for a school and cemetery around this site. A young schoolmaster who was a graduate of Harvard University in Massachusetts named the school and cemetery for Nineveh in ancient Assyria. The first person to be interred here was Elizabeth McNeely (1804-1890). Her granddaughter, Minnie McNeely Dukes (1885-1972), was a teacher and community leader at Ninevah, and the Dukes family has maintained the historic graveyard. The area around the cemetery gradually became known as Old Nineveh. There are about 24 graves in the cemetery, including those of members of several pioneer Comanche County families.
Andrew Butler Photos
Powered by ZENFOLIO User Agreement
Cancel
Continue